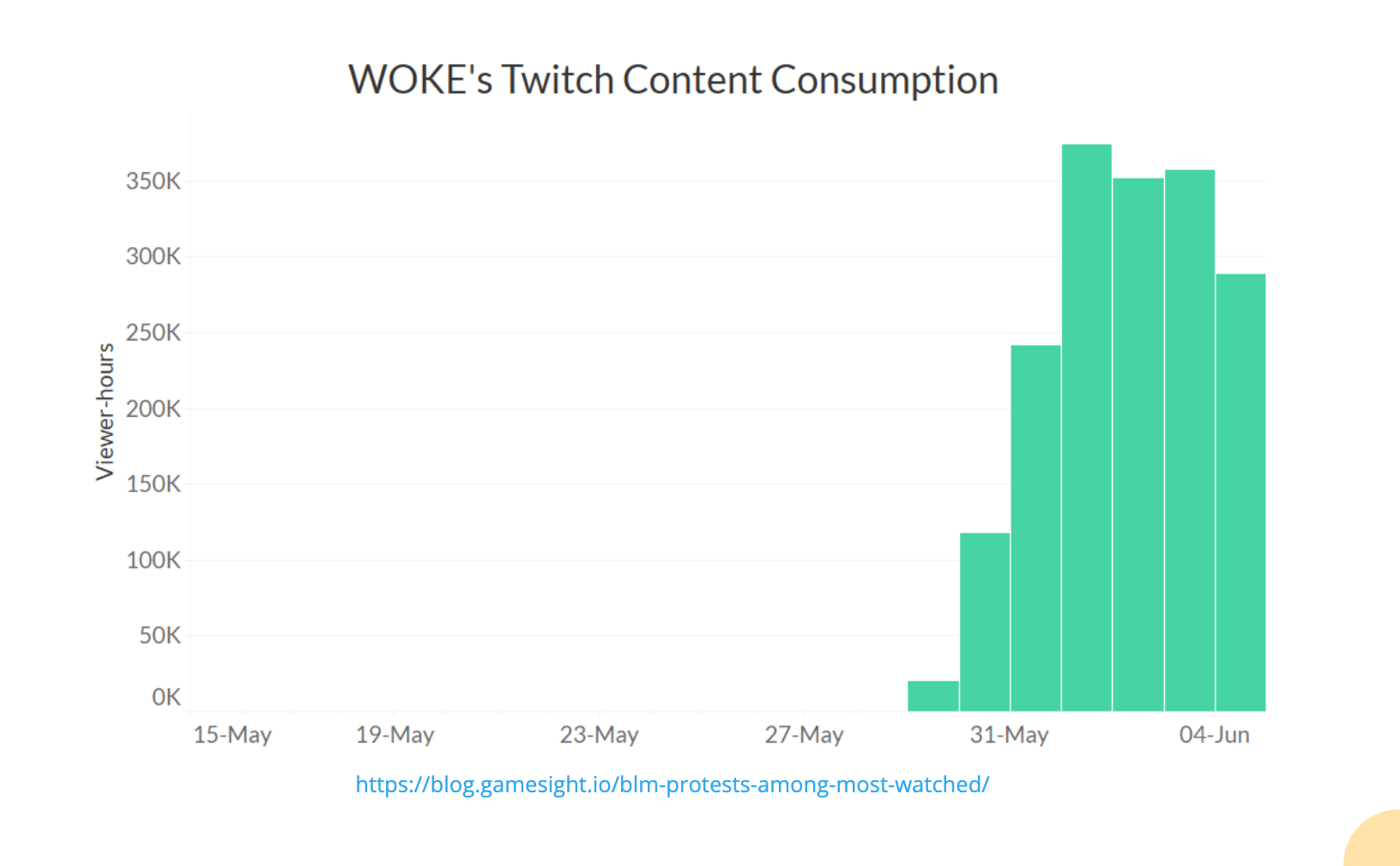 WOKE first broadcast on May 28th. It's a community dedicated to compiling and broadcasting live streams of protests. Over 1,769,098 hours watched since May 28, making it the 5th most-watched channel across all of Twitch.

Over 1,500 channels included keywords related to #BlackLivesMatter or referencing the ongoing protests in their title.

Linqia surveyed 59 marketers and agency professionals across a variety of industries including CPG, Food & Beverage, Media, Retail and their agencies. This survey was conducted in May 2020.

The most striking graphic was this from the goals section. How many had a goal of sales? Zero, Zip, Zilch.

The 20 Key Investors Financing the Influencer and Creator Revolution

Culled from publicly available investor information of the 275 companies listed in the 2020 CreatorScape. This is a list of investors financing the influencer and creator revolution. You’ll recognize some names and their firms. But there are many others you may not know.

We believe the future of media is a patchwork of unique voices from every walk of life, and it seems that the tapestry of people financing it is starting to reflect that complexity.

What it costs to advertise on TikTok

It costs advertisers minimum $12,000 to work with influencers.

Corporate Voices Get Behind ‘Black Lives Matter’ Cause

Jackie Aina, an influencer with more than three million subscribers on YouTube, posted a video to Instagram last week urging fashion brands like Fashion Nova to weigh in on the nationwide protests. The brand said on social media this weekend that it was “appalled, angered and deeply saddened” and was “talking to a number of community leaders to identify and explore ways to take a stand and help.”

Besides popular influencers, the platform is also after talented content creators behind the camera and seasoned marketers with access to customer acquisition channels.

Kids spend nearly as much time watching TikTok as YouTube

The data in the annual report by digital safety app maker Qustodio was provided by 60,000 families with children ages four to 14 in the U.S., U.K. and Spain.

And an interesting trend in gaming:
Roblox dominates in the U.S. 54% of kids play. While Minecraft is used by 31% of U.S. kids.

This is to be a bridge between U.S. based creators and Asia.The announcement follows Simmons’ appointment as President in 2019.

GC Studios will focus on underrepresented groups in the social media and digital space. Both top entertainers and digital content creators will be developed across mediums like podcasts, music, vlogs and comedy.

Russell Simmons: “Asia has grown a strong interest in urban and hip hop culture, and with its explosive nature in both parts of the world, it was a natural fit for the company to be a bridge where east meets west so that new opportunities are created."

Special Editor's Note: LukeLifeCharms is right now in Bali. We met and I can't tell you how awesome this guy is. An absolute ball of energy. Must be all the coconuts. Watch what he's up to.

An epic list of influencers ranging from under 25k to over 100k followers. Curated by Alicia Tenise.

A wide array of creators: Podcasts, Bloggers, YouTubers, Travelers and Parents. This list put together by Holly, creator of HollyDayz, a travel and lifestyle blog.

Brandon and Steve discuss building relationships at scale. Grin is based on the decade he spent working at RedBull. Support influencers to make them a believer in your brand.

Women With Influence is a space for women who work within the UK influencer industry to connect with one another, discuss relevant industry news and support each other, as well as the wider influencer community.

BoF spoke with black voices from the fashion community about their experiences and the path forward.

Quote from Alicia Chew, fashion influencer:
"I admire [the influencers] Jess Ann Kirby and Grace Atwood; these women have proven themselves to be fantastic allies over the years.

They've used their platforms to speak up against racism and amplify the voices of [black, Indigenous, people of color] for quite some time now, and you can tell that they've really taken the time to educate themselves on these issues.

Are the companies you support, supporting the causes you care about?