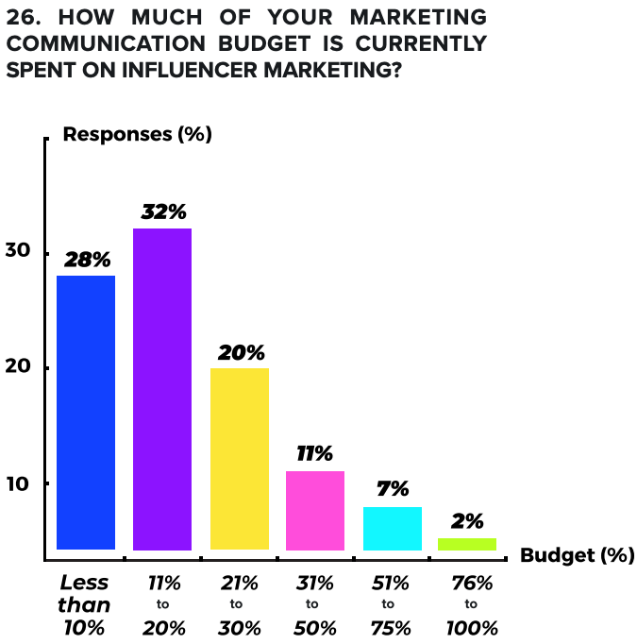 Long-term partnerships with a group of nano influencers are preferable to working with just one.

But buried, deep in the report's appendix, were these two questions that I thought showed an amazing part of the Influencer marketing industry.  How much of your budget do you spend on IM and How many influencers do you work with?

IZEA's Coming for Podcorn. Will Spotify Dominate Everyone?

IZEA Invites Podcasters to Join Shake™. Shake will be made available to podcasters of all sizes. IZEA will curate all submissions made to the Shake marketplace to ensure high quality listings.

The oft cited metric of $1B revenue in the podcast industry seems to be low now. Companies like IZEA jumping into the market with existing marketing partners looking for ways to spend money to get audience. This signals far more potential than $1B total in the podcast space.

As far as the research says, Podcasting is the least monetized per minute medium.
Spotify has made a half a billion dollar play at podcasts. It will definitely need to turn up the monetization soon and quickly.

Chart from mid 2019. There will be an interesting new trendline come end of 2020.

TikTok Invited Black creators to share their concerns and experiences in a Town Hall with CEO, US General Manager, and Director of Creator Community.

Introducing the Creator Diversity Collective. Inaugural members of the Collective will first gather in early July and will meet regularly with TikTok employees to share the perspectives of the creator community.

TikTok looks to become a platform that amplifies Black voices, as an ongoing part of the fabric of TikTok.

Amazon Prime Video partnered with Creator Lab, a division of Digital Media Management, to drive the premiere of original series, Upload. 66 influencers were involved in the campaign.

“Manchester City’s partnership with FaZe Clan has strengthened our extensive esports offering and allowed us to further explore how fans are experiencing football beyond the pitch," said Nuria Tarre, chief marketing officer at City Football Group.

Brandon Zhang analyzes this Doctor/Youtuber's financial video. Showcasing that 20% of his income comes from affiliate partnerships.

Ali has five different streams of passive income that together generate more than three times his income as a junior doctor in the NHS.

What Actually Works On TikTok?
Learn From Leading Brands on Jul 3

Produced in partnership with Conviva, the official TikTok measurement partner for Social Fresh X.
Panelists include:

Creators on Mixer will have one month to save all of their VODs and pre-existing content before the site closes down completely. Current Mixer Partners will be granted immediate Partner status on Facebook Gaming should they choose to move over to the platform.